Black and White, with shades of Moral Relativism Grey.

Right and Wrong, with Self destructive lies.

Forces of Good and Evil, with Egoic Aggrandizement, the Beast in humans.

This formula does not seem Natural, for it is uneven in it’s Sum. One light force, Two dark forces.

As a Buddhist I understand the Higher Spiritual Gnosis: All in Samsara is a Temporary Illusion. Having stated the wisdom, I shall Dissect the Imbalance.

Samsara: World of Suffering, according to Buddhist Tradition ~ a hell realm.

Samsara, you’re soaking in it!

The WHY of Dark Consciousness: “Mommy, why do we have evil?” My Philosophia: Earth is a school for souls ~ what does not kill you, turns your Lead into Gold. Evolution of the soul, through darkness to Light.

Imagine your Soul as a Flower

Incarnated into a Hell realm, the soil has parasites, the sun is often occulted by darkness, and you are planted in problems. This flower must “TRY” extra hard, to reach the sunlight, to grab the water from the soil, to strive for life! Imagine this flower is consciousness itself ~ born into a Sunless bed of weeds ~ this is your family + culture of origin. Understanding the flower CAN ‘talk to itself’, it has conscious awareness of self, the flower is aware of it’s Predicament! The soul of the flower would NATURALLY reach UP for LIGHT, with all it’s WILL. The flower would become exclusively focused on it’s own survival, through seeking the light. In the practice of the flower reaching UP, the practice becomes a doing and results ALWAYS in a KNOWING! Some of us call this ‘Meditation on the DIVINE WILL’, others will call it soul survival skills. The Flower connected with DIVINE SOURCE, will then, through the restriction of time, seasons, astrology, personal mythos and much more ~ the Flower will EVOLVE along with the DIVINE WILL. Created, for a Purpose~ given the chance to Become More, chooses the light and evolves beyond… Gone, Gone, Gone Beyond ~ All the way to the other shore. 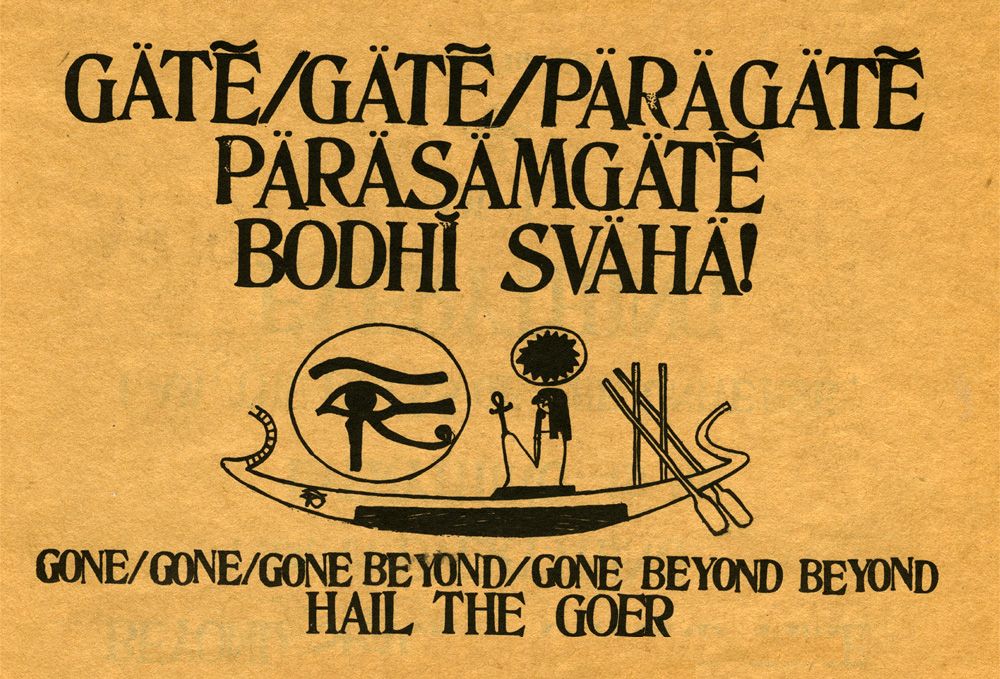 I have found in my writings I tend to express the ‘Higher Gnosis’ in symbolic language, and then I get as mundane * as possible * in my Prose.

To call me a lightworker is true, however I am unique, even among the strange & unusual old souls. My Flower is a special seed, from a source of Origin beyond this Universal Bubble.

I have been shown and understand through Visions, Visitation and Heaven Initiations, we are Universal Gods (All/One) playing Tiny Gods (Olympus), playing Humans (Korinne Wilson aka Kore/Persephone).

Zeus asked me “YOU THINK THIS IS THE ONLY GAME I AM PLAYING?” and I looked above him, and saw the MultiRealms of his Manifestations! What a mind blower. God of Thunder & Rock N Roll.

So, like many other OLD SOULS, I was born “special”. Does that mean God took favor with me, for no good reason and blessed me with Psychic gifts? No! But that is what most people say. My ‘Psychic Gifts’ were CULTIVATED IN THE SOIL OF MANY LIFETIMES as a see’er, astrologer, prophetess, oracle, princess and DRUID. To call me gifted for no good reason, thus bullying me into giving my ‘gifts’ away for free – is just NONSENSE.

Being special, I was born with the Maladies of the Saints ~ Stigmata: Sleep Paralysis with a Shadowman Demon, tormented me from the crib to age nineteen. I was beaten by siblings and adults, as a child, as well as a few epic fights at school. I was taken as a virgin into the bed of a sexual predator, much like a Hades scenario. I was a very psychic, sensitive child (like a radio), and despite how this world treated me, I cultivated a relationship with God, honesty, compassion and the WAY to heal myself and others.

All my life ~ People have seen me as “Evil”. Example: At age 5 the neighborhood kids tied me to a tree and tried to burn me, while calling me Witch- true story! I am still figuring out the nuances, of this mind game of gang stalking + gaslighting, through out my ‘Targeted Individual’ life.  My longest held belief of why the LIGHT in me, is Misinterpreted as Darkness ~

I have heard two things about myself, most from strangers: You have interesting Eyes + You are Mysterious.

Eyes are the Window to the Soul, pretty straight forward. When I was told I was mysterious, I was often taken a-back no matter how many times it occurred. I prided myself on being authentically honest- and ‘real’ with people. To be mysterious is about the same as being accused of HIDING SOMETHING. Under Suspicion. Spy games.

I have come to understand, if your soul is not in heaven (as you work here on Earth- if your soul is in a ghost realm ‘incomplete’) You can be “jumped Into”, “Overshadowed”, “Ridden” by a SPOOK! Any form of Malevolent Spirit has temporary access to your Vessel (Body). I saw this “SHIFT” in many people- it seems like Hundreds of times through out the years. A perfectly normal person becomes Demonic, spewing hateful garbage only to return to themselves and have no memory of the event.

I came to understand this “Overshadowing” Gang Stalking / Gaslighting Technique is a favorite of the Dark Consciousness, that hides our True Spiritual Sun. I was Spiritually / Psychicly attacked by Dark Consciousness through friends, family and strangers + Sleep Paralysis ~ so often, I didn’t get, this doesn’t happen to everyone. However I have met and know other Lightworkers who also suffer these attacks ~ We assist one another in banishing the darkness.

“Gifted Souls” who have CULTIVATED Soul Light through many Triumphant incarnations (accomplishing missions of the Divine Will) ~ Are HUNTED on Earth, by Dark Consciousness or Evil, itself- the FORCE of Bad. This force is beyond form, therefore can take many forms. Recall all the Horror Villains of Film + Fiction, this is a LIMITED representation of the many forms evil can take.

Having MORE LIGHT, has been called “Kundalini”, “The Shining”, “Psychic Gifts”, Shamanic ~ no matter the labels chosen, we simply have More. This “MORE”, calls out the Darkness in others. Like a Healing SALVE of BLACK MUD- the LIGHTWORKER draws out the EVIL in a Person- and thus is Often Attacked by the Person, and Sometimes- the persons Ancestors and Demonic Attachments. (Makes you think twice about leaving the house). Most people hide from their own WOUNDED shadow– thus projecting it on others. What happens to a Lightworker is much more INTENSE, and health threatening.

“I have been GANGSTALKED by the DARK CONSCIOUSNESS of the FOURTH DIMENSION.”

Some of us have seen it coming for years…

When I was part of a Community–  I was attacked most Often. When I gave up authentic real life community, I found many of my Health issues and psychic problems ceased to exist. Being in On-Line community as a Content creator, counselor and ‘friend’~ I give my Time & Attention to the Fringe thinkers, like myself, thus I am participating in an on-line community.

These communities are Varied, some I am infiltrating for info (UFO community), others I have genuine interest in (FreemanTV.com). I watch youtubers from hard core Christian conspiracy theorists (Bible Bashers with a Badge), to ghost enthusiasts, to atheistic science nerds, just to get a wider perspective on the BIG PICTURE.

As I have Commented and Participated in some of these presentations- I am often called Bad Names, and told I am going to Hell ~ Occult Priestess ~ is not an easy name to bear on Social Media, but the TRUTH is usually not easy.

Occult: Hidden from )Muggles( the Uninitiated, who have not been initiated into Heaven. (A graduated soul realm).

How the Plot TWISTS as we find,

WE ALL JUST WANT THE TRUTH.

All you have studied is the BIBLE + other conspiracy videos. SATURN IS NOT SATAN! LUCIFER is CHRISTIAN ONLY (not pagan). Your symbolic interpretation is just wrong. The demons and Dark Consciousness are Alive and well in your teachings- the devil is behind every corner… This is not Healthy. Please seek self-help books + videos to heal your Childhood wounds, and keep them off youtube. After you heal, your Perspective will change, and the HIGHER WILL of God will grace you with BETTER VIDEOS, where you don’t bash other spiritualities, and pantheons, older than yours. *Kids* Jesus + Mary Love, me too. Said the Pagan/Wiccan

CONSPIRACY ATHEISTS: How can you know the Divine Will, if you do not know Thyself?

TRUTHERS: A phrase passed around a lot these days, which began with 9/11 Truth. However Anyone actively Seeking Truth is a truther to me. A flower seeking the light.

NEW AGE FLUFFY BUNNIES: Work on your shadow, before it eats you, and all those you love. ❤

DARK DOOM COOKIES: Aleister Crowley disciple, Kabalist Abrahamics, High Magickians and so on… All those of you who think Blood is kewl, worshiping death is fun, and outrageous sex acts are exciting- please leave the internet entirely. Get off my cloud.

SEE HOW THE FLOWER LEANS INSTINCTIVELY ~ TOWARDS THE LIGHT ~

Thank you for reading ~