What if FairyTales are true and the news is fantasy?

The following are show notes I have taken with my words thrown in as well.

This is the December 6th, 2014 broadcast of the Free Zone Live at:

“Trauma-based mind control is very real. MKULTRA and Monarch programming happened. Let the victims speak out. Having experienced over twenty years as a professional psychic, Korinne Wilson seems to be privy to knowledge beyond being a good counselor. She developed knowledge to heal, guide and love. She is convinced that the doctors of tomorrow may be the “psychic” gurus of today. Occult Priestess Youtube The Occultist in the Corner – See more at: http://freemantv.com/listen/the-free-zone-live/#sthash.JQCPI8y8.dpuf ” – Freeman Fly

Freeman mentions that he had a breakdown after researching mind control on the celebrities like Anna Nicole Smith.

Korrinne Wilson asks if Rex was ever himself or since he was raised by Church of Satan members was he always possessed by Satan.

Freeman talks about how Rex is one of the nicest people he has met and how he has started his own church called the Chaos Imperium.

He is building a Ragnarok engine to bring interdimensional beings to attack the NWO.

Korinne takes the info she was just given that Rex is an artist who enjoys Geiger’s work and she talks about how in art and magic you understand that thoughts are as real as anything.

Freeman sticks up for Brittney Spears and the others like Timerlake and Feldman and the rest who are brought up in the Hollywood Babylon/CIA programming way as people like Mark Dice pretend to be Christian but talk awful down about celebrities instead of hoping truth can be allowed to change one’s behavior.

Britney tried to break free by cutting her hair.

Korinne mentions the warrior in people coming alive in even Charlie Sheen.

I happen to agree. As drug fueled as he may be he is still in touch with what few people know today and that is indomitable spirit and understanding he is beyond human judgement as we all are.

He knows he’s awake and will not accept a lower position just because he’s got issues like the rest of us.

Same was true of Phillip K. Dick who wrote Blade Runner – he was both a heroin addict and gnostic medium.

Robin Williams death is mentioned. He asks if Korinne thinks its weird that Williams’ death via auto-erotic asphyxiation was forecast by an ’09 movie, World’s Greatest Dad, he starred in that Bobcat Goldthwait directed where Williams’ character’s son killed himself this way.

Korinne mentions growing up with her Mom cutting hair and being around Hollywood gossip magazines and this set this idea in her that the stars were gods from Mt. Olympus.

She goes by the title – Psychic Counselor.

Freeman asks what she thinks of Edgar Cayce. About how his goal was to heal the sick but he found info about Atlantis; so, he asks what she has found via her searching. 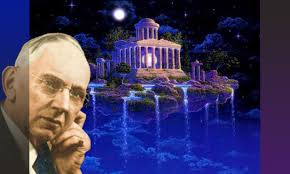 She got into this to be healthy herself and help others.

Her trauma that most healers develop from are physical abuse and 16 years of sleep paralysis due to a shadow man that bothered her in sleep about 3x a week.

She mentions that she read people via the Tarot for $5 and that its her understanding that one must also run their life by this channeled info to be legit.

She asked for confirmation on her readings from the Tarot and was told she was correct over and over so she read for her friends.

Freeman mentions his understanding of how reading taps the human psyche via the archetypes portrayed in the cards.

She got into Wicca when she was 16 and that is how she found Carl Jung whom she calls her savior.

She thinks the shadow man was an entity trying to possess her.

At age 30 she had a Kundalini awakening and then she found David Icke.

Some people can’t handle his theories and so ridicule him.

Freeman shows how David helped open the mind to the possibilities based on known understanding – he opened the way to this dark story land.

Korrinne mentions how difficult this 10 year spiritual awakening has been.

How do we change our idea of goodness? She couldn’t believe in evil until she considered David Icke’s information.

Erin Green Hicks story as a super-soldier Rothschild and Laura Eisenhower via Project Camelot were gentle bringing her into this dark info because to know it is traumatizing in itself.

Freeman identifies Hollywood as a mental virus that has taken over the people.

Korrine mentions going to the Social Security Administration building and talking to an agent and the guy put up the 3 fingers like in the film.

I too have noticed that people in the machine surprisingly seem to know about the dark side of it all.

Korrine mentions that she doesn’t usually broadcast it on radio but that she has been admitted 14 times to the psych ward in the past 10 years for undergoing a spiritual awakening she describes as a wakening dream of a visionary that is not as rare as one might think.

She considers that it is dark consciousness and that what troubles people are spirits that feed off our fear.

This topic brings to mind the book, Dispelling Wetiko by Paul Levy.

It has touched and fortified me for the path ahead when everyone realizes the shields are down and we are in the world of ideas now.

She believes life is spiritual warfare. I concur.

Sean Blackwell and his discussion on YouTube – “Am I Bipolar or Waking Up: An Interview with Sean Blackwell” is mentioned.

A movie is coming out called Crazy Lives about how Westerners are having Kundalini awakenings and being mis-diagnosed as bi-polar and schizophrenic. (If you can point me to info about this please let me know so I can post it, thanks)

Eye contact is soul contact is part of the love that these people awakening need along with the rest of us because we are awakening in a nightmare.

She felt guided the whole time of her trance even when she went through the valley of the shadow of death.

Freeman mentions how because we don’t address our issues a waterfall of emotion erupts.

These media events like Ferguson use riots as an unsafe way to deal with this – similar to how drug abuse occurs as a false path because of misuse.

People are not prepared for true liberty and so we have the riot stupidity fear response.

Korinne believes people are having past life flashbacks.

Freeman believes the veil is beomming much thinner between fantasy and reality.

Korinne mentions the ego being unleashed in a riot as a connection to what Joseph Campbell discussed about how we’ve had all the tribal rites of passage into understanding life and our place in it have been removed.

Yes, they have and turned into school spirit and bunch of other corporate illusion pollution.

She remembers asking M’at to speak truth and wore a tongue piercing for 11 years and she appreciated that experience.

When the feminine is demonized with the Lilith character then the male dominates via the 6% that own the media, Korinne shares.

What if it is inter-dimensional aliens that run the world because this is not normal human nature.

The Rolling Stones lyric, “confusing you is the nature of my game.” is mentioned.

Ignorance is not a bad word, Freeman reminds us. In popular culture to not know is to be wrong which squashes curiosity.

Our inner child is our greatest strength, Freeman mentions and asks how she kept this alive despite all the psych ward bullying.

She mentions the education about her family patterns in her twenties so she was prepared psychologically but not emotionally.

Freeman focuses on our life experience being our best teacher as we seek solutions to the control grid.

Knowing Thyself is the key to the kingdom.

Be gentle with yourself Korinne suggests we don’t treat ourselves like machines.

John Bradshaw is mentioned as a resource.

On her website she teaches how to get to your fairy level – I assume one’s entrance to the real Magic Kingdom.

We are conditioned to attack then enemy than to defeat the false self.

We must share this with others to link up and if you’re not in a strong place don’t hurt yourself trying to help others.

She’s never had a dark vision of the future.

We must have a belief in a higher power to really play in life.

Freeman mentions being lost down a lonely street and a piece of paper bumping his foot saying, “I love you.”

They discuss their love of Bashar.

Life is a Fairtale: http://youtu.be/n6TbIq0Rm1E?list=PLGDIGGpT8lv-guLXAtCiCsGdUNyZ0VT4x

Freeman says he’s never hated humans because of our Godlike status as co-creators.

Freeman thinks it will be so much simpler to live as the challenge we are ready for approaches.

Nomads start religions in Freeman’s view because they are separated from the bull and connected to God directly so its not faith, its how nature works.

The fall of the ego is a beautiful thing that one must go through as part of the Awakening.

Posted 2 hours ago by Chad Warren