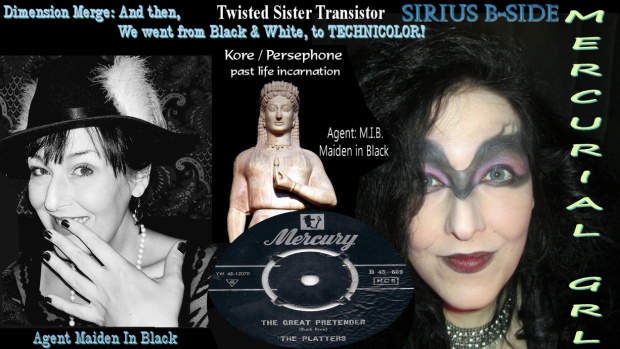 I’m know for being the Visionary, with thousands of Kundalini stories from over a Twelve year path, of anchoring & Aligning with my Higher Soul consciousnesses. I make shelves worth of Personal notes, from Hermes teachings, to my own insights. I have been raised in the mysteries, through psychic transference with my Master Guide, Greek Messenger god, Psychopomp, the Father of #Alchemy and the #Occult.

It seems REALITY, is starting to MEET with my visions of oh so long ago. The teachings I received back then, Fortify me in the Now. I intend to update this blog as Phenomenon becomes more visible, in alignment with my cultivated gnosis.

What new age calls the ascension, what Christians call rapture, what science calls singularity, what the Bible calls Revelations, what geeks call transhumanism, what Buddhist call the Lightbody, is what I CALL DIMENSION MERGE.

In the past 48 hours I had a convo, that led me to Explain this merge. The other person said “Like at the End of Ghostbusters?” and I confirmed, this had been my thought As Well, to visualize the actual portrayal  of ghosts rising around the living.

My Blogs about the BARDO and Ghost Realm:

Awakening to Ghosts: the Lower Astral and the Ancestors part 1  (THREE PARTS)

Today my Friend MATT who is the only other person I know, who channels “HERMES OF SIRIUS B“, shared this Most Amazing Video.

COMPARE NOW, IF YOU WILL: GHOSTBUSTERS

The Occultist in the Corner WordPress BLOG is Searchable by key word.

Jump down the RABBIT HOLE, Now!